Is a solar battery worth the investment in 2018? 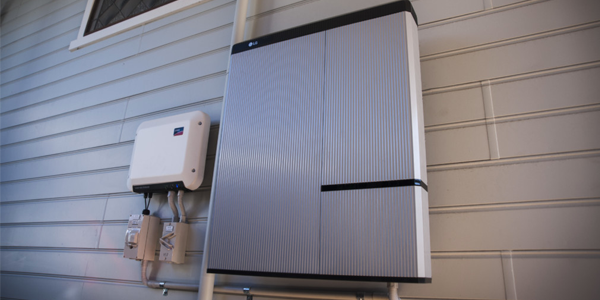 Installing a solar and battery storage system is an enticing idea for many people fed up with the rising cost of electricity. However, a solar battery system will set you back many thousands of dollars and it's important to know how it works and whether it’s worth the investment.

How does a solar battery work?

A solar battery is simply a battery charged with energy from solar panels.

How much does a solar battery cost?

The cost of a solar battery varies depending on the size and quality. Although prices have come down dramatically, systems will still set you back several thousands of dollars.

Prices for solar batteries largely depend on the storage size, and cost around $1,000 – $2,000 per kWh storage capacity.

A solar battery system will take several years to pay off, but you can reduce the time it will take to pay off by installing smart software that gets the best value from your solar battery.

Your electricity bill will reduce because with a smart home energy management system installed you won’t be relying on as much energy from the grid and you can store the solar energy you’re producing during the day to use at night. Also any excess solar power you produce can be sold and used to offset your electricity bill.

How much will you save by adding a solar battery?

However, adding a solar battery is only one part of the equation. To get the best value from your battery it's what you do and how you use it where you can get the most savings. Adding a smart home energy management system like Reposit that provides you with a way to track, and change your habits can mean the difference of a few years from your solar battery payback period. Large savings can be made by simply using electricity in smart ways.

Save further by adding Reposit to your solar battery

It’s possible to change your energy use habits on your own, but if installing a solar battery is what makes you actually do it, then that’s a big incentive.

Working with your solar panels, and solar battery Reposit can predict how much electricity your panels will create, and will know when to store this in your battery to lower your power bills.

In addition, Reposit is designed to make sure you always pay the lowest possible price for your electricity.

Some electricity plans charge different prices at different times throughout the day for using energy. Where peak (high) energy usage times (mornings and evenings) are charged at a higher rate and off-peak power (middle of the night) is much cheaper.