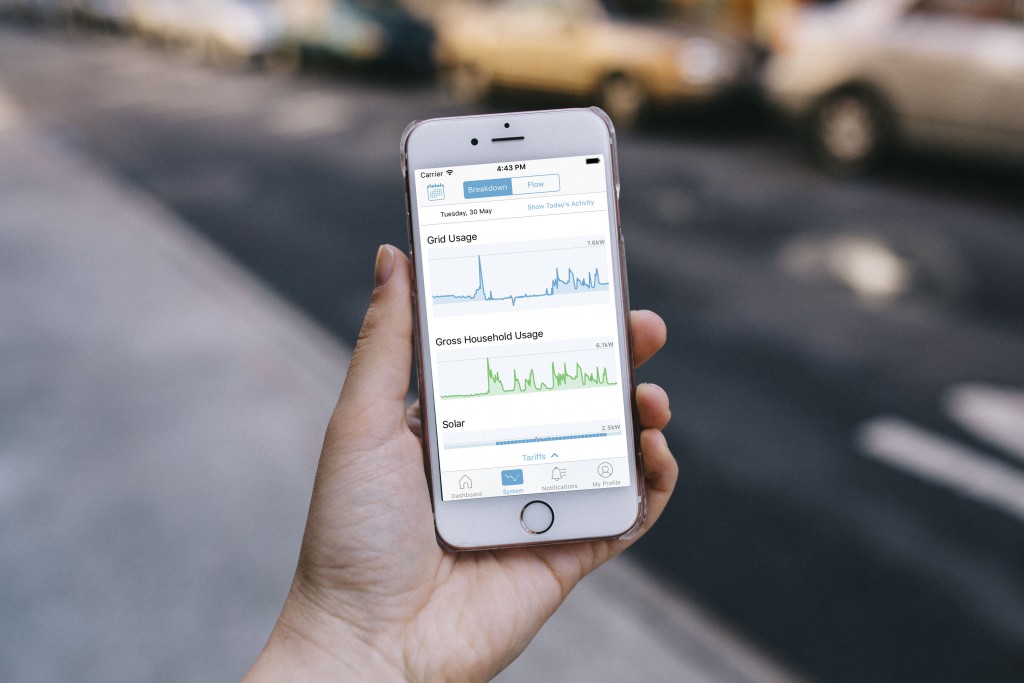 Ever wonder how Reposit Power predicts your needs and pre-charges your battery overnight? We've unravelled the process.

Reposit predicts what your household uses from the electricity grid, gross household usage, solar generation and battery state of charge to get you the lowest possible power bill.

Using the Electricity Grid - this refers to when energy is imported from the grid – when you need energy from the grid because you aren’t generating enough solar and your battery doesn’t have enough stored energy and when energy is exported to the grid – when your battery is full and your household doesn’t need any energy, but your solar panels are producing energy that is sent to the grid.

Gross Household usage - this is the amount of energy the appliances your household have used and when. This is the total energy used by your house and includes energy from the grid, solar and your battery.

Solar Generation -  is how much energy comes from your solar panels.

Battery state of charge - is how much energy is in your battery. This is displayed as a percentage, which is calculated from your batteries total capacity.

To work out how to minimise your household electricity bills, Reposit uses data to provide an estimate of your future use, and future solar generation 24 hours in advance

Predictions are shown in Reposit's mobile and web app as a dashed line.

Gross Household usage - is predicted using your historical energy usage data. For example, if every week day you get up at 7am, turn on your heater at 7:10am, toaster and kettle at 7:25am, then turn off your heater before you leave for work at 8am, Reposit learns this. It learns when and how much energy you use by identifying patterns in your energy usage. It's constantly learning and uses this information to predict your gross household usage (load).

If your usages patterns change, the Reposit Box quickly notices this and adapts its predictions to account for this change. It can incorporate new usage patterns in your usage predictions after only a day or two.

Solar generation - is predicted using weather forecasts and your maximum solar system output. Reposit learns how much solar your system can generate on perfect sunny days. Reposit also monitors cloud cover and humidity 24 hours in advance. Combining this knowledge, Reposit can predict how much solar your system will generate. For example: if our weather forecasts say it will be 50 per cent cloudy at 4pm, and we know your system can generate 4kW under perfect conditions, we can predict that your solar generation will be 2kW at 4pm.

Battery state of charge - is predicted from your gross household usage and your solar generation. Because we have predicted when you'll use energy and how much, and we know how much solar your setup is predicted to generate, we can predict how much energy your battery will capture and store, or discharge into your house

Grid usage - is a combination of the above predictions, and estimates how much energy will flow into or out of your house from the grid.

There are a lot of variables that can impact the accuracy of predictions and this is particularly the case when predicting the weather. The data we use is from the closest weather monitoring station to you. If this station is 20 to 50 km away from your home, our predictions may be slightly inaccurate.

Also, if our predictions show cloud coverage to be 30 per cent, but the clouds are high in the sky and there's a strong wind which causes the clouds to move quickly you could generate more or less solar than Reposit predicted.

Reposit customers on a Time-Of-Use (TOU) energy plan pay different set prices for energy consumed at different times throughout the day. On a TOU plan, Reposit knows when your electricity prices are at their highest (also known as ‘peak’) and when your electricity prices are lowest (also known as ‘off-peak’). Using our predictions, Reposit will use your battery to buy and store cheap ‘off-peak’ energy to minimise buying energy from the grid at expensive ‘peak’ times.

Knowing when energy from the grid is cheap and when it's expensive allows Reposit to figure out the best way to use any solar energy your setup is predicted to generate. On sunny days Reposit will capture and store your solar energy in your battery for you to use during peak times. However, on cloudy days Reposit will pre-charge your battery from off-peak power for you to use during peak times.

There are a lot of variables in predicting the weather – if our predictions are slightly off, we might capture and store too much energy to cover you for that peak period, or not enough energy. Reposit continually learns from this and adjusts its predictions as it collects more and more data.

Reposit also needs time to learn your energy usage patterns, if you change the times and how much energy you use, it will take our system a few days before it learns your new pattern. If you don’t have a recognisable pattern, predictions will be very difficult and Reposit will always be playing catch up. Under these conditions, it's very difficult for Reposit to know when to pre-charge your battery - it's uncertain what your energy needs will be.

Reposit also knows that constant and excessive cycling (charging and discharging) affects your battery’s lifespan and could wear it out quickly. Using this knowledge Reposit calculates how much it costs in cents/kWh to store energy in your battery. Therefore, Reposit will only ever store just enough energy in your battery to meet your predicted gross household usage (load). Which means Reposit won’t ever pre-charge your battery to 100 per cent unless you need 100 per cent capacity to offset your energy needs during peak electricity periods, or if a third party makes an attractive offer for your energy in the future.

You may notice that pre-charging can happen very slowly when the Reposit Box has lots of time to prepare your battery to meet your peak household usage (load). This is called ‘trickle charging’ and is designed to protect the grid. If lots of Reposit Boxes all connected to the same grid and they all made the decision to pre-charge over-night very quickly and at the same time, this would place the grid under enormous pressure and may even cause the grid protection mechanisms to kick in and shut the grid down. Trickle charging helps avoid this by drawing energy from the grid as gently and slowly as possible.

Four fantastic energy saving tips to take to any bbq